Sorry! Your browser is not supported.

To view this site you can download a newer version of Internet Explorer.

Not many Kiwis would think twice about where their kitty litter comes from, or even what it’s made of. But for Tokoroa-based Blue Pacific Minerals, (BPM) which manufactures most of the clay cat litter in New Zealand, the pale porous rocks – made of a mineral called zeolite – hold much more potential than just potty training.

BPM is the Southern Hemisphere’s largest processor and distributor of natural zeolite, the ‘smart’ mineral, which is mined from a site in South Waikato and has a wide range of innovative applications specifically to improve farm environments and animal health.

The company, which recently completed a six-year capital investment programme to build a new 7,500 m2 state-of-the-art zeolite processing plant and product storage, now employs 50 staff in Tokoroa and is looking at aggressive expansion into New Zealand and Australian agri sectors – and beyond. 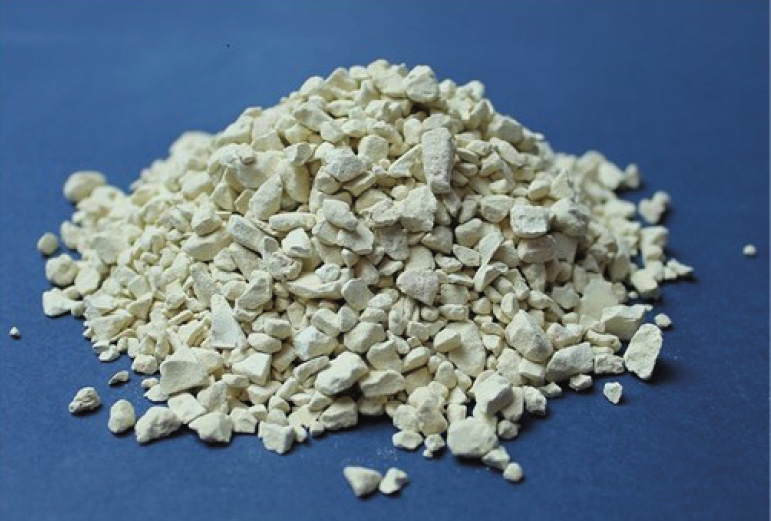 The microporous solid zeolite is known in the scientific world as a molecular sieve, with properties of absorption that can be utilised to soak up liquids or compounds, or bond with something chemically.

Since the company’s founding in 1992, BPM has developed many products that utilise the natural resource’s properties such as pet litter, oil/chemical absorbants, odour absorbants, barbecue trays and sports turfs, but perhaps most notably the company is continuously fine-tuning its range for agricultural and environmental applications; to enrich soil, bind toxins, act as a base for slow-release fertilisers or to purify water.

BPM has always focused on using its expertise to solve its customer problems, varying from animal health issues to retaining nutrients and moisture in soil, to prevention of environmental damage, there are a phenomenal range of innovative solutions used.

With products such as OptiGuard to treat calf diarrhoea, StockRock farm race, ZorbifreshActive calf bedding, the newly released Optimate portfolio of mineral supplements to optimise animal health and Permagreen to reduce nitrogen leachate in the environment, one in three calves raised in New Zealand is in contact with a BPM product in some form.

After successfully launching its agri products into export markets such as Australia this year, the firm is continuing to develop industry leading products with animal welfare and the environment at the forefront of its decision making that draws on collaborative partnerships with farmers.

South Waikato Investment Fund Trust (SWIFT), the community-owned economic development fund dedicated to the prosperity of the South Waikato, has taken note of the company’s potential. In 2020, SWIFT contributed funding towards BPM research and identified the business as a key contributor to the economic development for the region as well as the wider New Zealand dairy industry.

BPM has also recently partnered with Dairy NZ on ongoing research to inform the development of products that aim to reduce the environmental footprint of dairy farming, emphasising the importance of science and innovation in supporting New Zealand’s dairy industry.

Blue Pacific Minerals are bringing more natural solutions to farming challenges. Based in Tokoroa, they are taking these solutions to the world.

Blue Pacific Minerals are bringing more natural solutions to farming challenges. Based in Tokoroa, they are taking these solutions to the world.